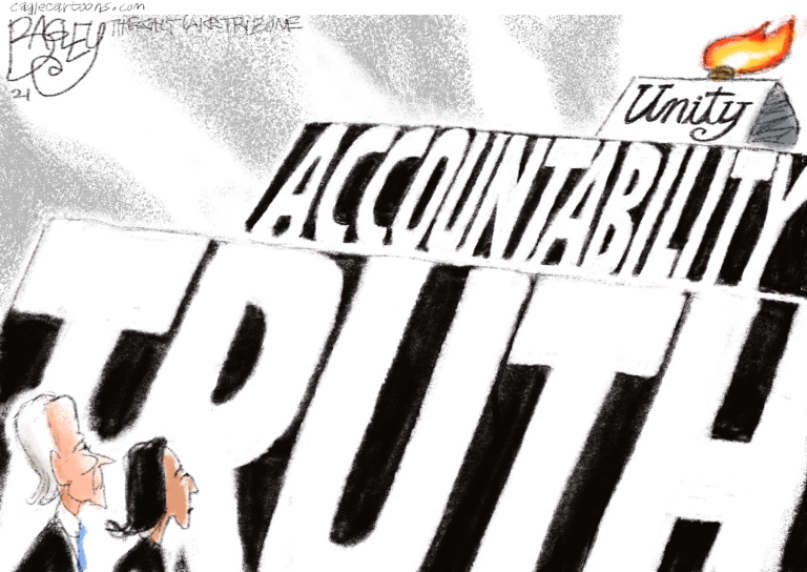 Arrest and prosecutions are ongoing. It is important NOT TO FORGET — is the stage set for another January 6th to happen? We must implement democracy safeguards to ensure this never happens again.
MORE THAN HALF A DOZEN “STOP THE STEAL” ATTENDEES WERE ELECTED TO PUBLIC OFFICE LAST NIGHT — Vanity Fair, November 3, 2021

THE 147 REPUBLICANS WHO VOTED TO OVERTURN ELECTION RESULTS — The New York Times, January 7, 2021

DID TRUMP AND HIS SUPPORTERS COMMIT TREASON? — The New Yorker, January 28, 2021

HOW PURE PATRIOTISM COULD OUST NATIONALISM — Patty Limerick and Bob Draughon, The Denver Post, January 25, 2021 excerpt, here:
“Patriotism, we believe, means supporting constitutional ideals, even when — especially when — supporting those ideals requires rethinking our own assumptions and political affiliations. A patriot’s allegiance is not to any governmental office, nor to the individual who fills it. A patriot’s convictions govern daily life, steadily aiming to make our nation a little better than it was the day before, whether through civil debate, legal action, carefully considered protest, or something as powerful as spreading grace to people in our proximity.

“Here are the features that we believe characterize patriotism in contrast to nationalism:

Apparently we’re not the only ones who believe “accountability is the only way forward for the Republican Party”:

Bill Kristol, Elizabeth Neumann, Olivia Troye, and Sarah Longwell, some of whom are former trump advisors, have launched the Republican Accountability Project, which will:

Fair enough, though republicans probably should have been thinking about accountability long ago (after Eisenhower, perhaps?). A robust two party system is another one of democracy’s “check and balance”. That once serving under the domes of our state capitol, or our US Capitol, that both parties argue over policy — not ideology — to work together to “foster the best outcomes” (as stated in our Support of Democracy statement) for the American people.