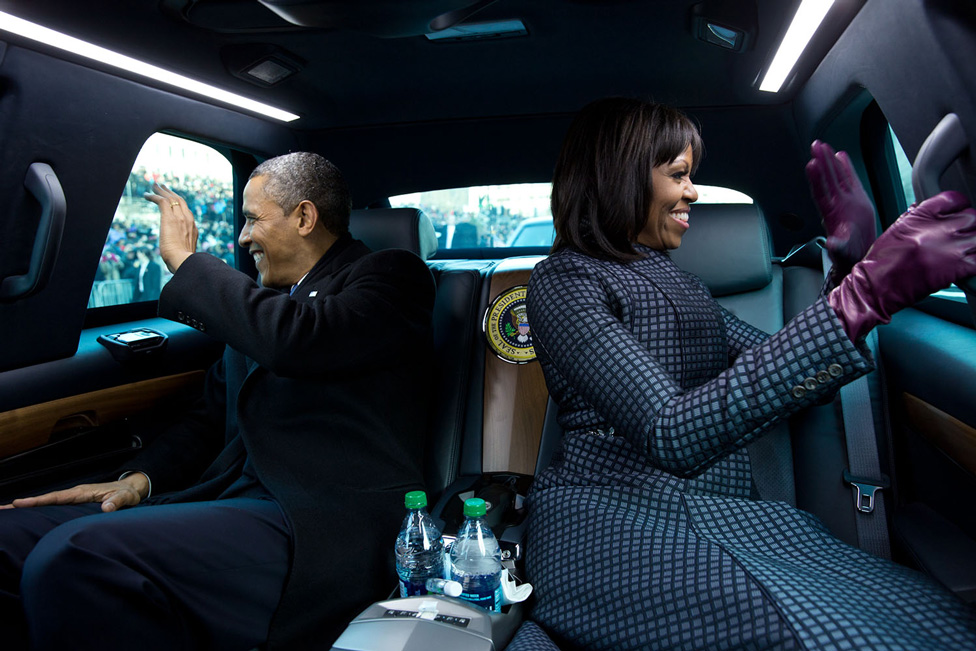 “The President and First Lady wave to supporters as they ride in the inaugural parade. I had asked the President if I could ride in the presidential limousine and the President joked, ‘But Michelle and I were planning to make out.'” (Official White House Photo by Pete Souza)